From basements to highways, small towns to new worlds, emerging and established storytellers share tales of fear and discovery, redemption, and resistance.

PLEASE NOTE: Due to COVID-19 precautions, all orders will ship within 5-7 business days. Tracking information will be provided.

In the woods of Kent County, Black girls have disappeared in broad daylight. Despite her mother’s warning, Georgia Lakefield decides to go for a walk on the trail one August morning in “Down the Kent County Trail” by Changu Chiimbwe.

“Watercolors” by Ravynn K. Stringfield was inspired by a line written by Ntozake Shange in Sassafrass, Cypress and Indigo–“Where there is a woman there is magic,” moved to write about the subtle, everyday magic that provides Black girls with our unique glow. Connecting us to each other, our magic joins together to create something beautiful.

Olivia spends her days sitting on the balcony with her friend, Laura. Today is different, as she awaits her sister’s arrival in “The Apple and the Pear” by Jennifer Coley.

Tara Lusulo is a Watcher. As her powers grow, so do complications with the shadowy organization that can help her control them. “The Watchers” by Nicole Young is a thrilling tale of international espionage that explores family, race, gender, and power through a Zambian girl’s struggle to understand her supernatural gifts.

A night of terror ensues as villagers hunt for a witch on the run in “Ayo” by Joy Monaè. In the end, the world of men and sorcery meet face-to-face and only one will come out alive.

In “Two Giants. One Man”by Candice Lola, a powerful magic runs in the family. Even unwielded, it is felt…and it scares the shit out of Dad. He is determined to survive it, even if it means murder.

A young girl struggles with the realization that the monster under her bed is real in “Yellow Cake” by Kalynn Bayron.

“Vessel” by Malissa White follows Paula Porter on a dark, lonely road, hunting those responsible for her missing daughter. What she finds awakens her rage.

Lignin is the impure matter found in wood pulp; typically, the reason pages yellow. There is a bleaching process, however, hence the title, “But A Little Lignin Usually Remains” by Kylah Balthazar.

The story of Roche Livingston and his complicated relationship with his family’s occult is told in “The Guardian” by Nicole Givens Kurtz.

In a futuristic society with archaic values and standards, Winifred Yates fights against these rules for her daughter. Her sacrifice launches a movement in “Lay Me Down To Sleep” by Silk Jazmyne.

Eleven-year-old Emma Jean lives a life controlled by a rigorous set of rules, in “Morph” by Kanyla Wilson. But when she encounters a liberated woman one morning at the bus stop, she learns that there may be more to life than being obedient.

The Earth is dying in “Millennium” by Jade T. Woodridge. As the rivers and oceans dry, and radiation levels spike, it’s only a matter of time until life dies along with it. On Millennium, everything will be okay. Right?

In “Esoterica Tea Shoppe” by Tara Betts, Anita visits a new tea shoppe in her gentrifying neighborhood. As she becomes familiar with the store’s laid back vibe, she realizes that the storeowner is selling a concoction that changes her neighbors.

Two sisters try to move on after their mother’s abuse, but find that it is not always possible to root, grow, and thrive after trauma in “You Without Me” by Endria Richardson.

Based on the feminist gothic “The Yellow Wallpaper,” “The Warden of a Wilting Woman” by Taliyah Jarrett is told from the perspective of John and his journey toward “curing” his presumably hysterical wife.

Lysa Green is used to living alone and fighting zombies, until she runs into the worst creature imaginable: a teenage boy, in “In the Wake of Disaster” by Cheree’ Noel.

In “Pay for your Ride” by Addie Citchens, Nadine and Paul are French tourists seeking to get out of New Orleans in the middle of a hurricane. Ashley is a stultified writer, tired of the status quo. An encounter between the three comes to a boiling point.

Consumed by guilt for his war crimes in Vietnam, a soldier seeks atonement by volunteering to rebuild a Catholic church and orphanage, but finds a much darker secret lurking in his soul in “Hunger” by Michelle Renee Lane.

Weep makes dresses for her aunt, a singing prodigy who’s accused by their family church of terrorizing their town with cannibalism, in “Second Soprano” by Lyndsey Ellis.

And in our final selection, “The Wishing Well Off Fordham Road” by Michele Tracy Berger, Deena, frustrated by the deteriorating urban conditions she lives in, befriends a creature in a wishing well. She believes wishes are for others. Her friendship with the strange creature makes her question all the ways she has buried her deepest desires. 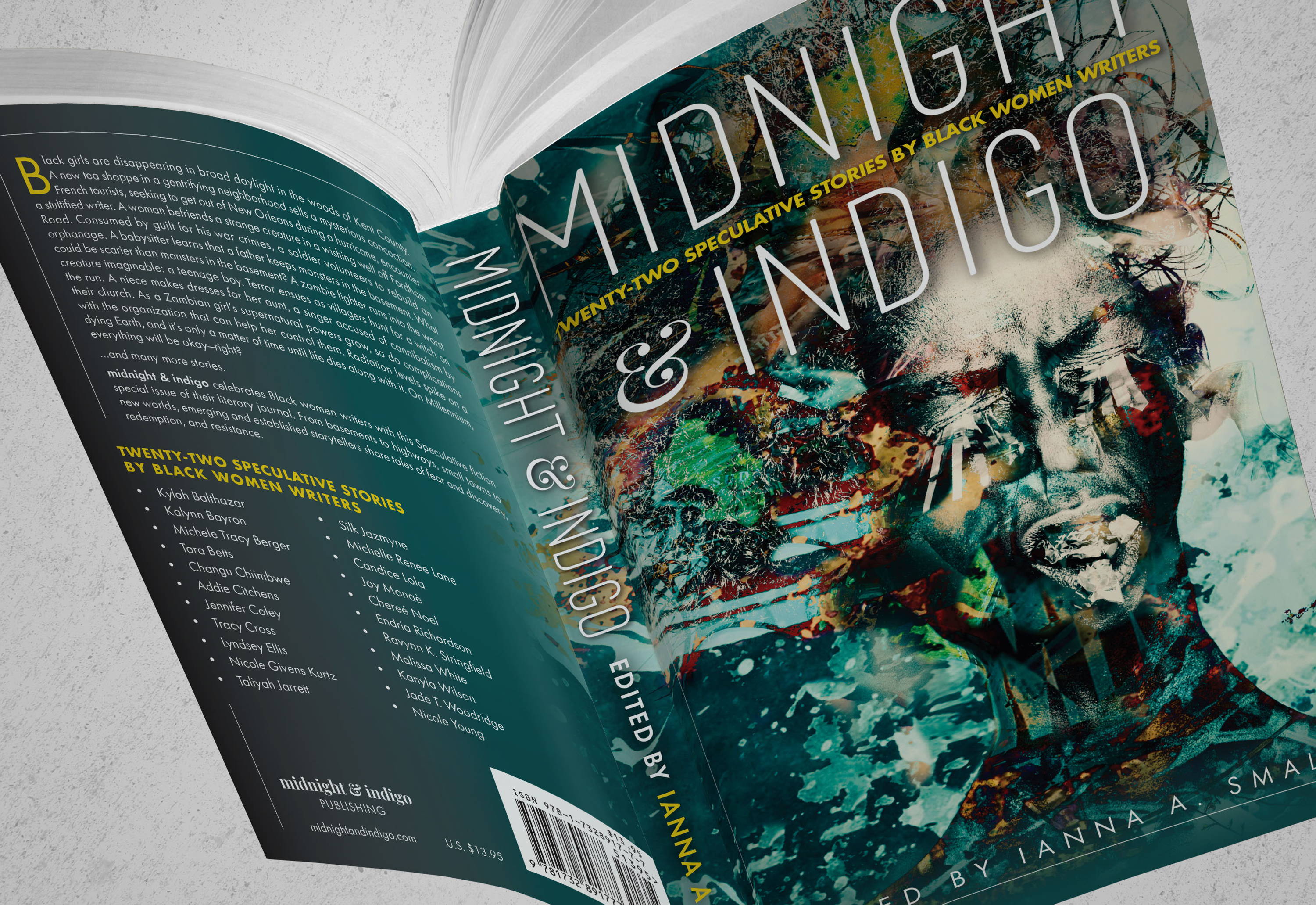